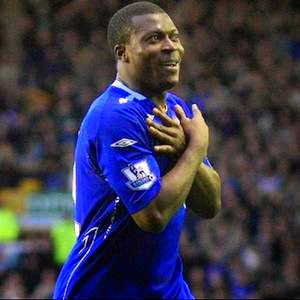 Police IG Dines With German Ambassador And Others In Abuja…

Here’s The Amazing Makeover That Became A Viral Topic On…

Mar 3, 2018
Prev Next 1 of 48,413
Former Super Eagles striker, Yakubu Aiyegbeni and Kalu Uche have emerged as the highest paid Nigerian football players at the moment. This was made known in the recently compiled report of Nigerian footballers’ earners list.

The new report has it that the former Super Eagles striker, Yakubu Aiyegbeni is  the ‘Richest Nigerian Player’. It says Aiyegbeni and Kalu Uche are Nigerian highest earners in Europe in the 2014/15 season. The two international players earn over $2.5 million each year. While the next in the list is Chelsea FC midfielder Mikel Obi and Sounder Seattle striker, Obafemi Martins who earns $2 million per year.

More Than Hot! Simple Way To Get More Than 100Gb On Your Mtn Sim Is Here Again.. [Updated Just Now]

Lookman Moves To Switch Allegiance From England To Nigeria

25 Things You Should Know About Late Basketball Legend, Kobe Bryant

‘Nobody can match my heart’ – Fury warns Wilder