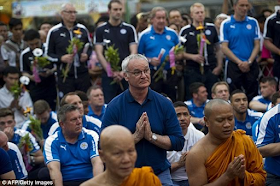 Newly-crowned Premier League champions Leicester City visited Yangon in Thailand and partook in the city’s Shwedagon Pagoda on Sunday as part of their post season tour.

The Foxes, went on a brief tour of the Shwedagon, which contains relics from the Buddha. Coach Claudio Ranieri clasped his hands in respect as he knelt alongside Leicester’s billionaire owner Vichai Srivaddhanaprabha, and several players in front of the glittering pagoda as they prayed.

More photos after the cut. 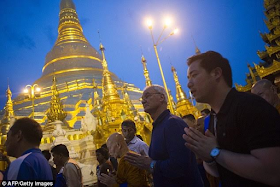 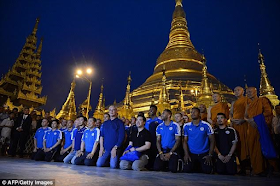 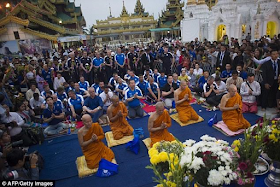 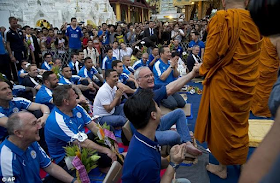 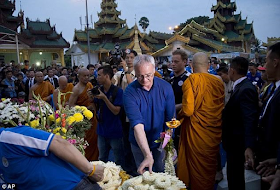 Praiz & Patoranking Are Shooting The Video For “Harder”… 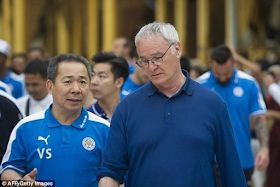 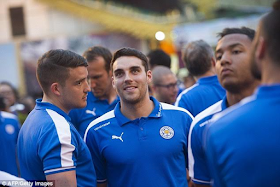 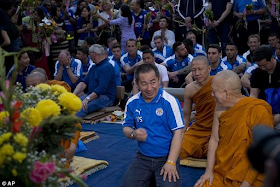 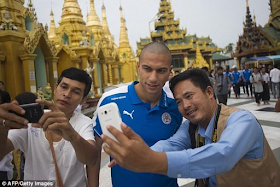 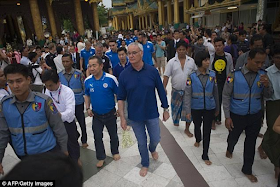 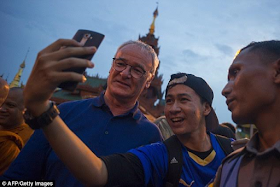 Photos Of The Business Empire And Mansion Kobe Bryant Left Behind