Three young couples were severely flogged in public -after they violated Sharia law by going on dates. One woman is pictured crying out as she is repeatedly lashed with a cane at Al Furqon Mosque in the city of Banda Aceh, Indonesia.

Separate images show a man standing as he received the same brutal punishment.

In total, three Acehnese couples were sentenced to receive public lashes for violating Sharia law in a brutal new crackdown in the region.

Under the law men and women, who are not spouses, are not allowed to get too close due to the ‘khalwat’ offence – and punishment is by public caning. 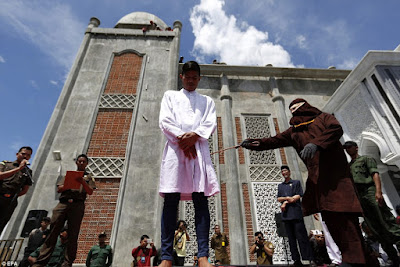 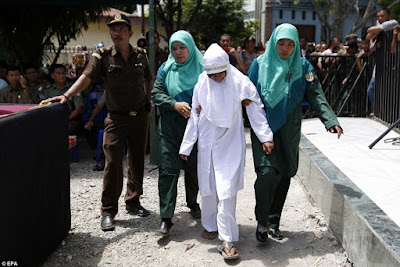 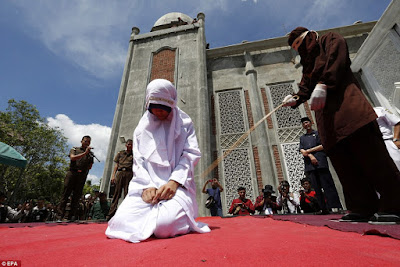 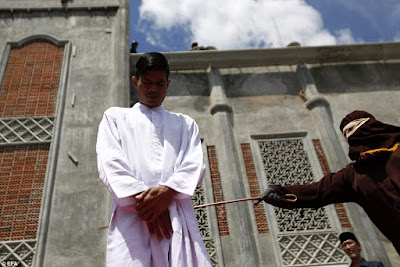 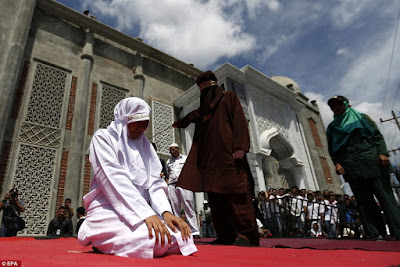 This Little Boy Has Been Declared Missing In Zaria, Kaduna State (Photos)

Tonto Dike Under Attack For Associating With Bobrisky