The Anti-Kidnapping Unit of the Rivers State Police Command received a complaint about the kidnap of one Sir Chief Samuel Iheanachor along Aba-Oyibgo Road on October 10, 2016. He was abducted by six armed men while he was driving his Toyota Highlander and taken to an unknown destination. 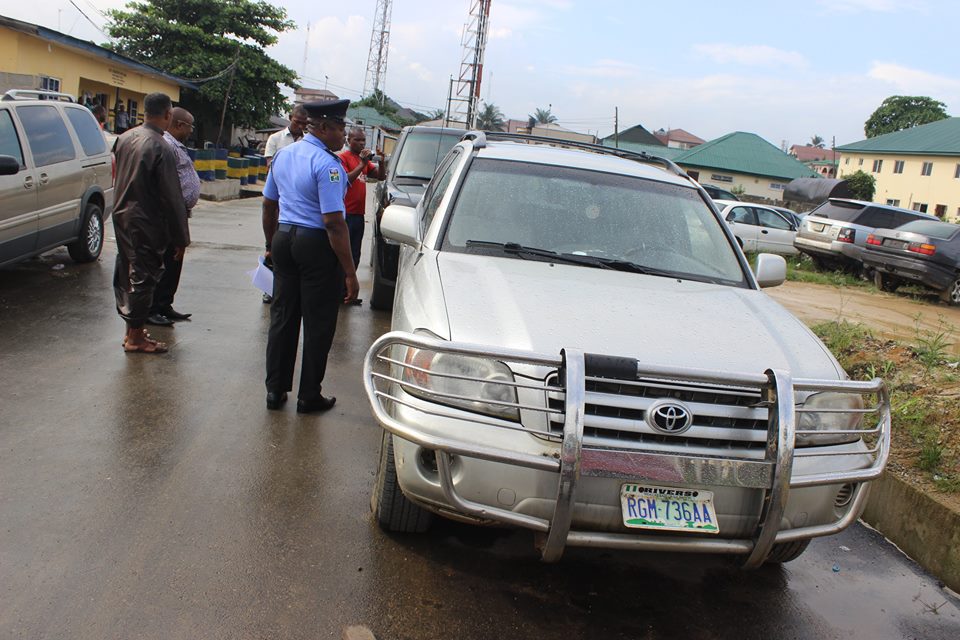 The Commissioner of Police, CP. Francis M. Odesanya, instructed a discreet investigation into the matter. The jeep was tracked along Aba Road. It was driven by Lance Corp0ral Abdul Yusuf ‘m’ of the 2nd Brigade and another, both wearing Army uniforms. Both suspects were arrested.

On interrogation, they confessed to the crime and led the operatives to Asarama in Andoni Local Government Area where the victim was rescued unjurt and unconditionally on October 15, 206. No ransom was paid. Three others members of the kidnap gang were equally arrested.

The victim has been debriefed and reunited with his family. Further investigation is ongoing at the Anti-kidnapping Unit and the suspects will soon be charged to court.

According to the Public Relations Officer (PPRO), DSP Omoni Nnamdi, “the Commissioner of Police, CP. Francis M. Odesanya, has emphasised the commitment of the Police to protect lives and properties of the people of Rivers State. He noted that paying ransom to kidnappers is not ideal. He encourages those concerned to always cooperate with the police and provide useful information that will assist the police is getting rid of all forms of criminal acts in Rivers State.”

Professionals Boxers Climb Into The Ring At Rio Olympics