A woman known as ‘Poison Ivy’ is grooming unstable men into $exually degrading themselves online before enticing them to commit suicide. Hanna, 17, from New Zealand, seeks vulnerable men in online gaming communities before ‘bullying’ them into $exually humiliating themselves in the public eye. 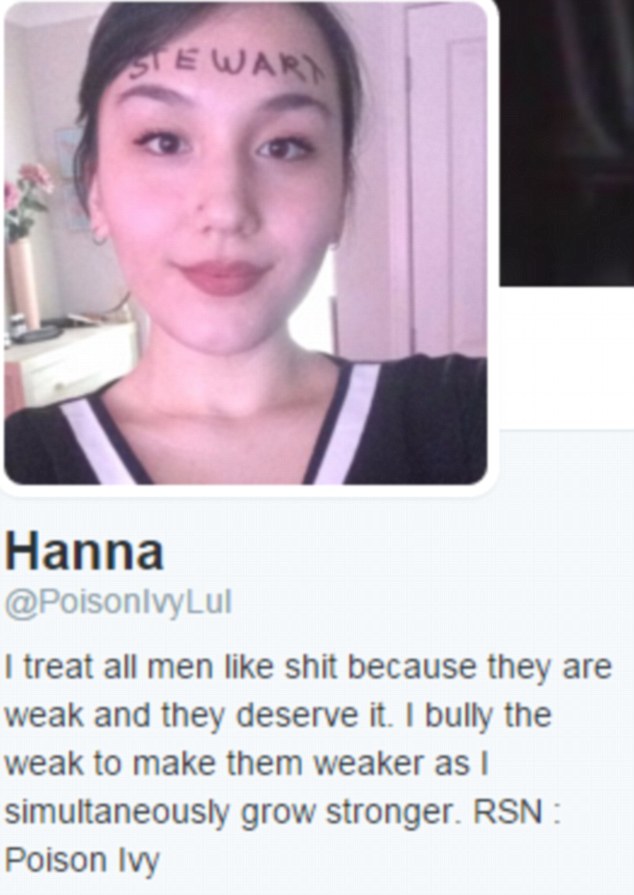 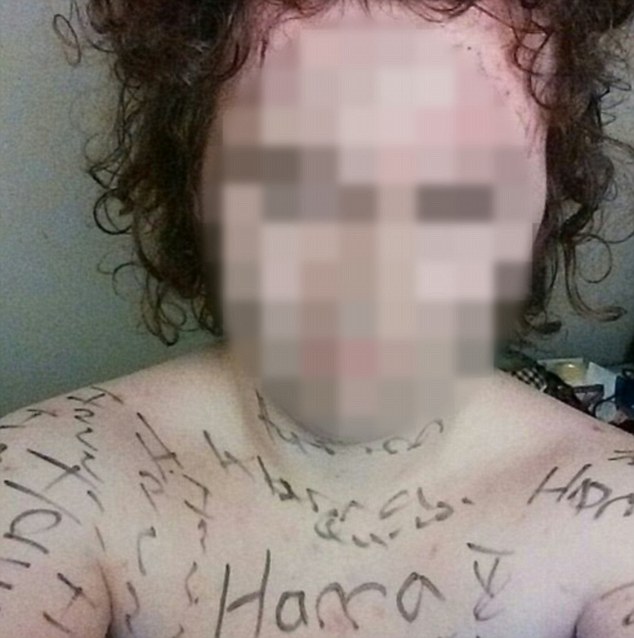 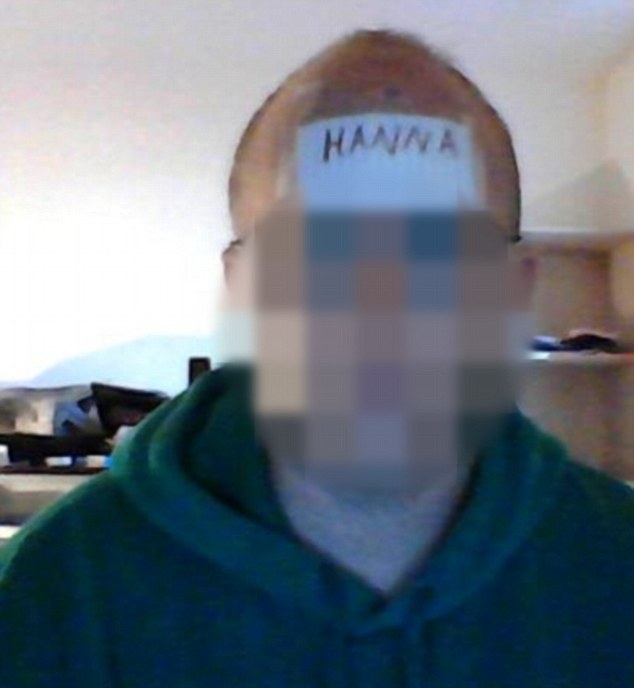 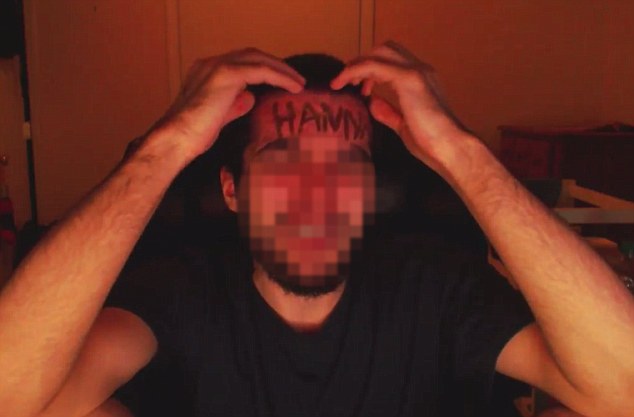 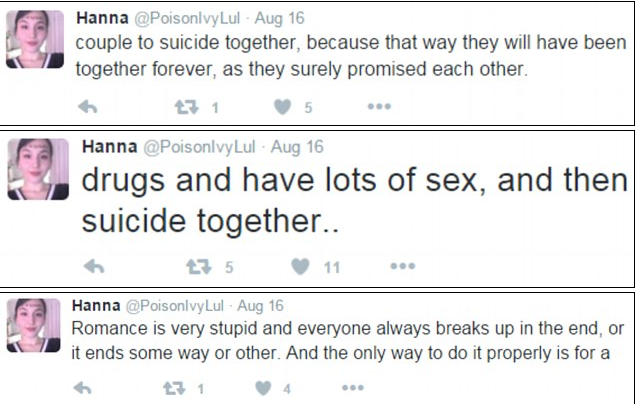 A chilling YouTube video has surfaced shedding light on Hanna’s sinister activities and calling for victims to report her and put an end to the abuse.

‘She encourages guys to do D!sgust!ng acts, via webcam on a live screen, like showing their genitals, spreading their B.utt cheeks on camera and sticking objects up their a**,’ a man explains in the YouTube vision.

He said the teenager chooses ‘weak, socially awkward guys who have never had a girlfriend or a social life’ before luring them into debasing themselves.

The YouTube video, uploaded by user MarsRPG, claims her goal is for her victims to ‘kill themselves for her as an act of love.’

‘This girl will not stop until these guys kill themselves. She grooms them for months. We need to report her,’ he says.

Hanna’s Twitter bio reads: ‘I treat all men like s*** because they are weak and they deserve it. I bully the weak to make them weaker as I simultaneously grow stronger.’

Her account, which has over 900 followers, is flooded with images of men around the world declaring their love for her