Global News
On Mar 27, 2017
A deadly avalanche has hit a ski resort causing serious commotion in the area as many high school students disappear.
Related Posts

Photos of Saraki and the 81 senators that accompanied him to… 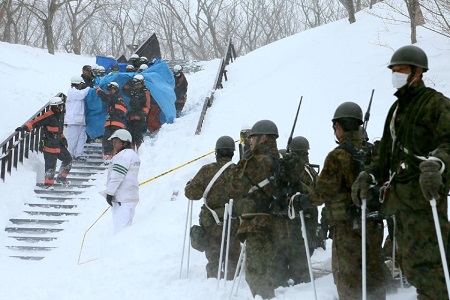 The scene of the incident
It has been reported that about eight high school students are feared dead after they were engulfed by an avalanche while on a mountain-climbing outing in Japan.
According to The Sun UK, local authorities and police confirmed the avalanche hit this morning on a mountain in Tochigi prefecture where about 70 children were located.
According to local reports, some 30 people were also injured in the disaster, located on a mountain 75 miles north of Tokyo.
Mainichi reported that eight high school students were found unconscious with no vital signs. 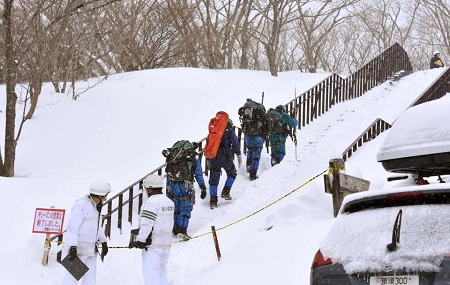 NHK said several more students were injured, while three teachers on the excursion could not immediately be contacted.
Authorities said about 70 students from seven high schools were on the mountaineering trip.
Television footage showed heavy snow on the mountain. Conditions were reported to be bad with more than 30cm of fresh snow since Sunday combining with recent warm weather to raise the avalanche risk.
The avalanche occurred in the town of Nasu about 75 miles north of Tokyo.
Rescue efforts are underway, but they are being hampered by the bad weather.
Share