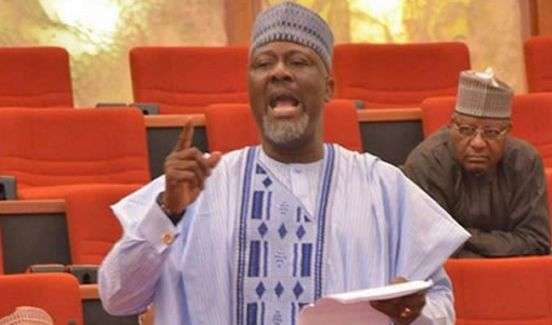 The vice-chancellor of the Ahmadu Bello University, Zaria, Ibrahim Garba has said Dino Melaye, senator representing Kogi west, is a graduate of the school.

He said this on Monday while fielding questions from the senate committee on ethics.

“From the records, distinguished senator Dino Melaye graduated as Daniel Jonah Melaye during the 3rd semester with a 3rd class degree,” he said.

Ali Ndume, senator representing Borno south, who moved the motion for Melaye to be investigated, was also at the hearing.

He said he called the attention of the upper chamber to the issue because the integrity of the senate was on the line.

He said he was satisfied with the fact that there were records to show that Melaye graduated from the university.

When asked even if he verified the allegations before raising it in the senate, Ndume said: “I didn’t do any due deligence because it is not my responsibility.”

The senator said anything that bordered on the integrity of the senate should not be ignored.