Gov. Ambode To Introduce Compulsory Insurance Policy For All Buildings In Lagos 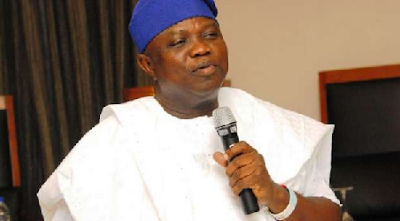 According to Tribune, indications have emerged that Lagos State governor, Mr Akinwunmi Ambode, will soon introduce compulsory insurance scheme for all buildings in the state.

Director-General, Lagos State Safety Commission, Hakeem D!ckson, gave the hint on Monday at a media briefing on the activities of the commission.

He said as part of preparations towards the commencement of the policy implementation, the state government, in synergy with consortium of insurance companies and National Insurance Commission (NAICOM), was already working out ways of enforcing the policy.

According to him, the measure is in line with the Lagos State Government Safety Law 2003, saying the law would be applicable to both owners of completed and uncompleted buildings in the state.

Penalties for defaulters, according to him, attracts N100, 000, fine or one year imprisonment, or both on conviction.

D!ckson stated that the aim of the insurance policy was all about safety of lives and property in the state, adding that the grassroots was not left out in the drive to bring safety to all nooks and crannies of the state.

This App helps students estimate and convert their GPAs…

Nicki Minaj Gets Cropped Right Out Of Meek Mill-Michael…