Twitter Comes for Dino Melaye After he ‘Prays’ For Nigerians 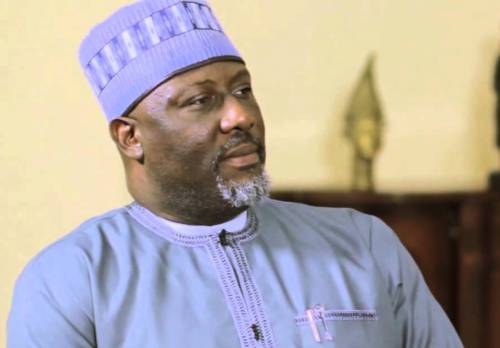 Senator of the Kogi West Senatorial District, Senator Dino Melaye seems to be one for the eye of the camera.

Barely a week after the senator had been cleared by the senate committee on ethics and privileges over his certificate controversy after the vice-chancellor of Ahmadu Bello University, Ibrahim Garba, Zaria, had earlier informed the committee that Melaye was a graduate of the school.

He has once again made the news after Twitter users called him out after he prayed for Nigerians in a series of tweets.

However, the reactions of Nigerians to his prayers were unsavoury as they called him out as a fraud and a liar.

See the photos below, 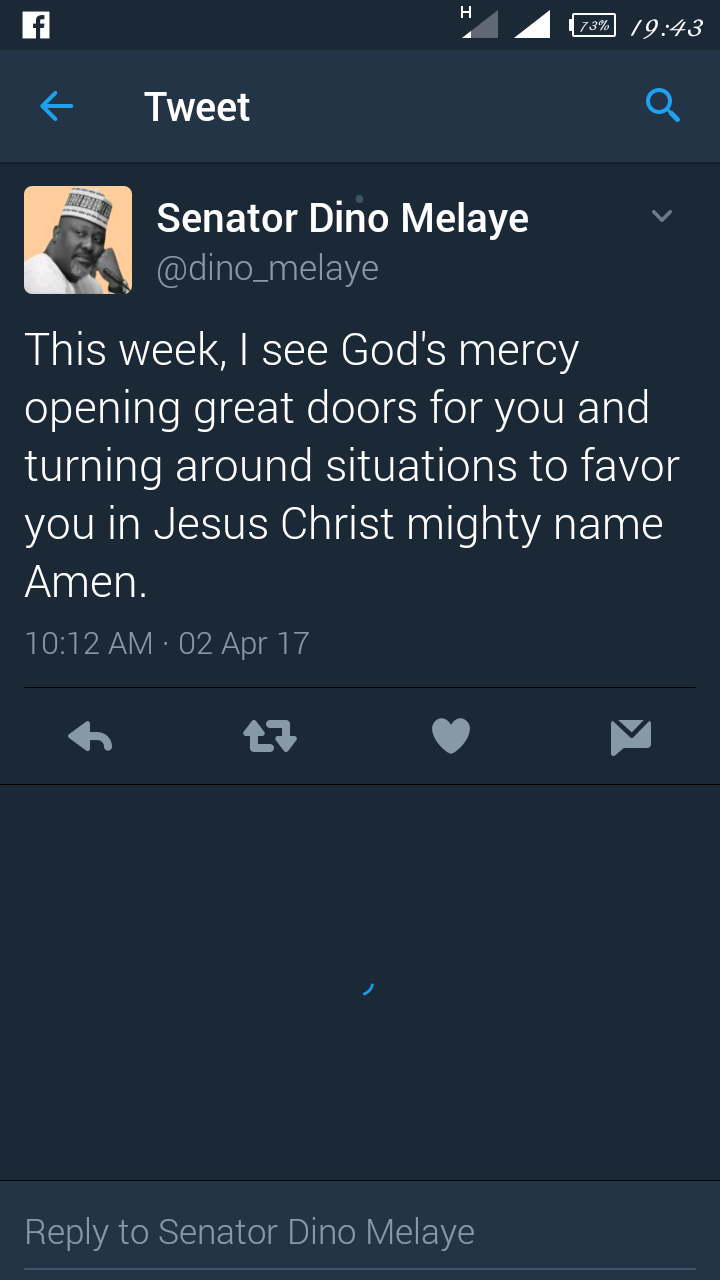 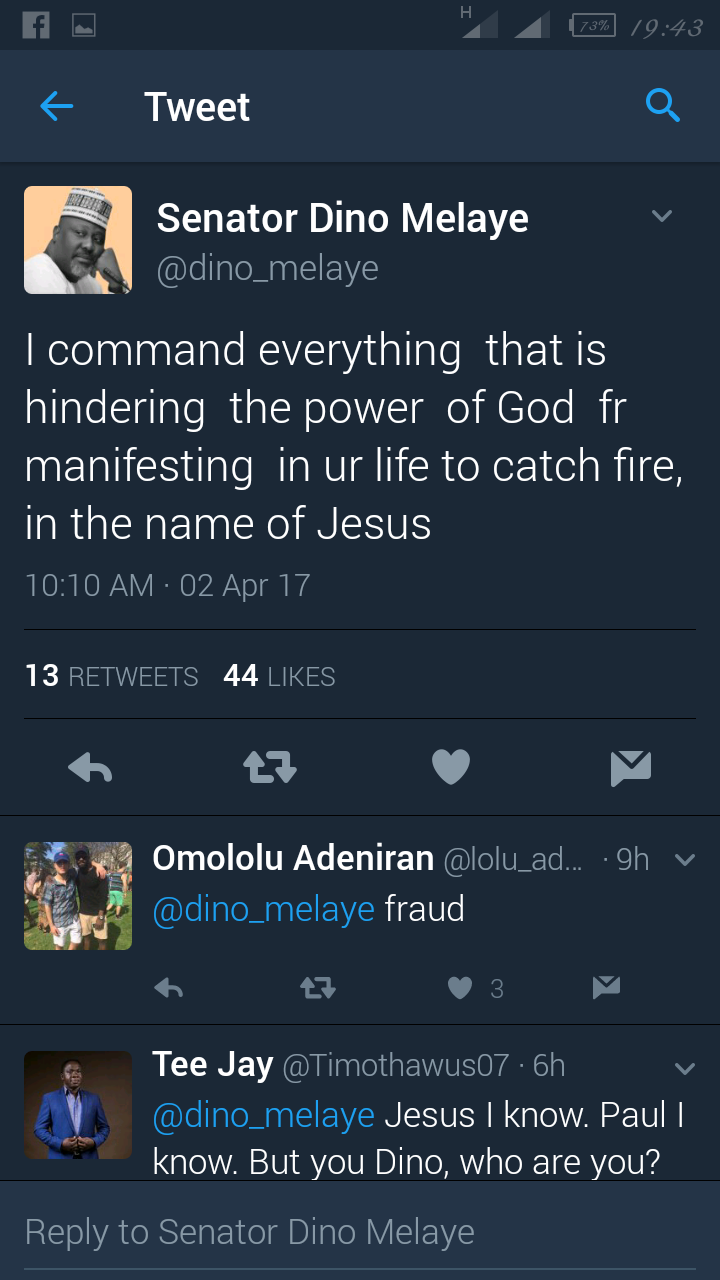 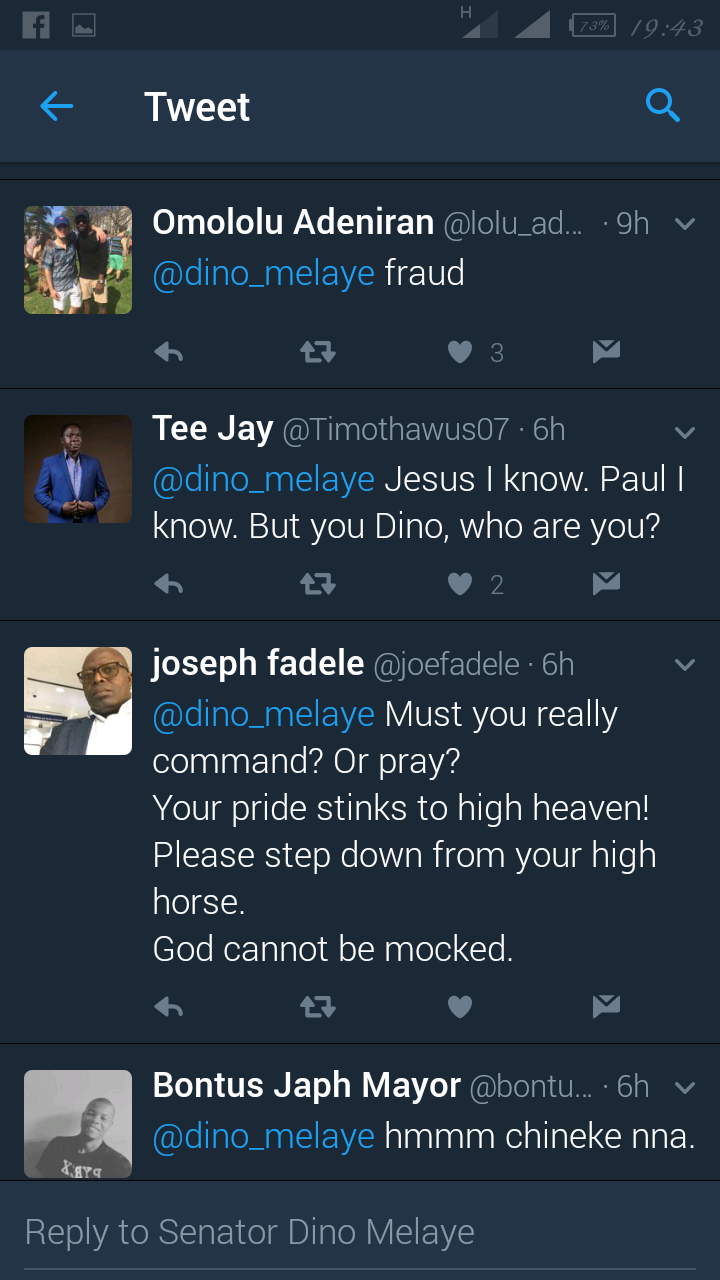 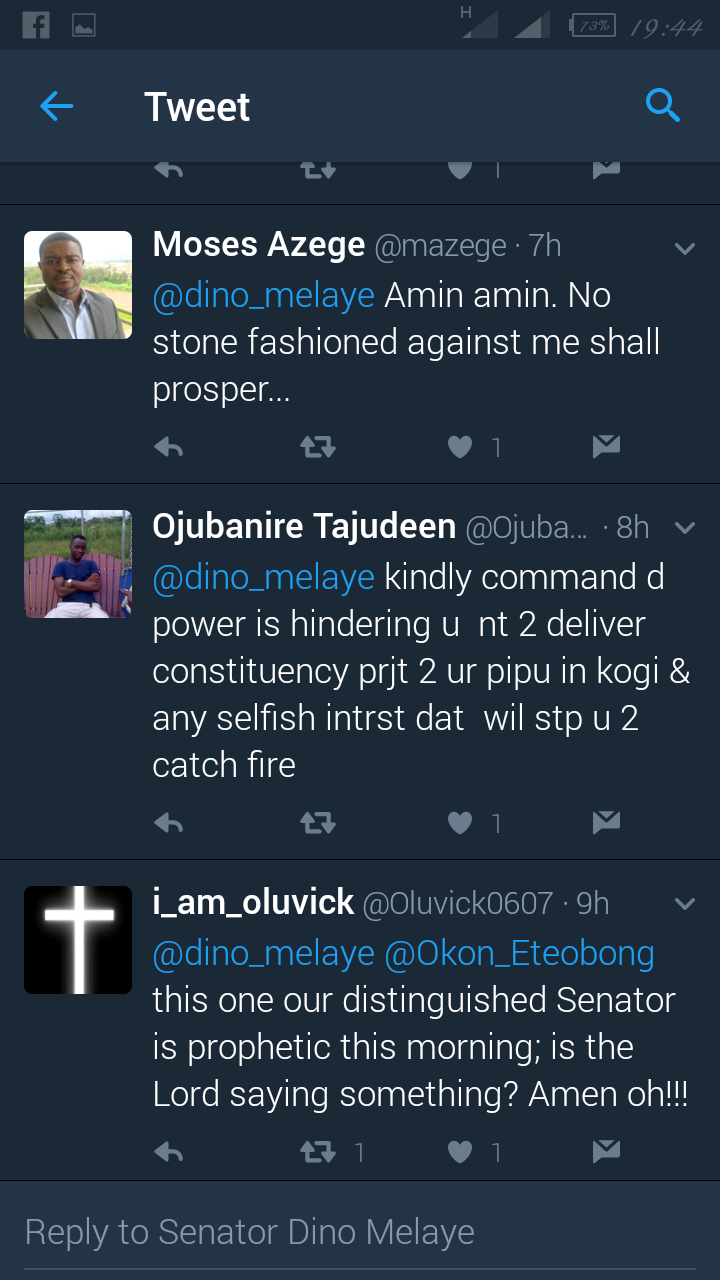 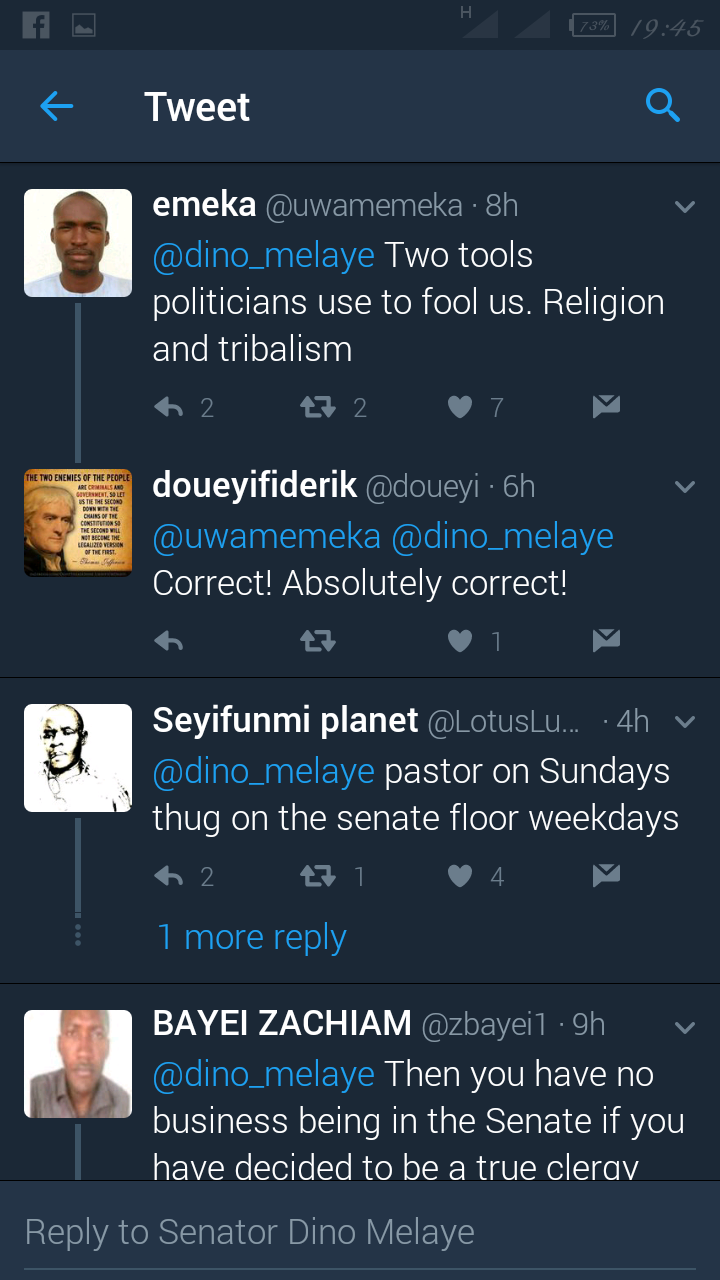 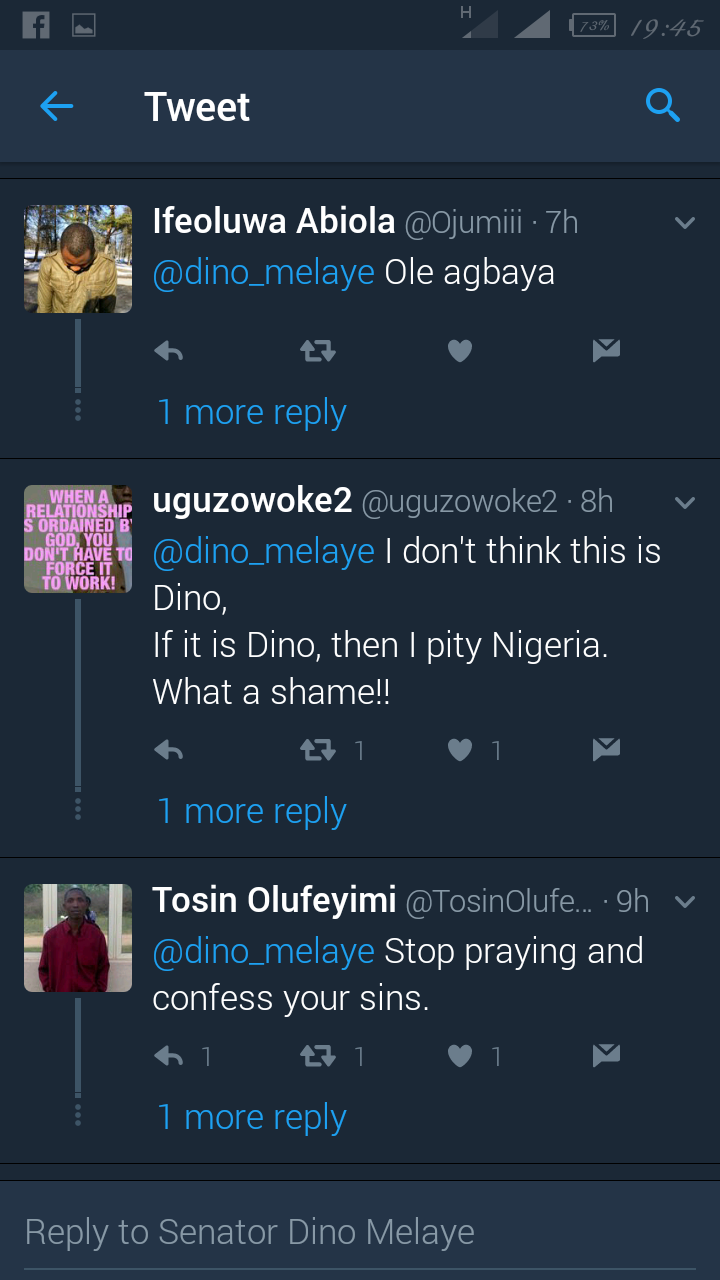