BBNaija Star, Angel And Wife Mark Wedding Anniversary A Year After Their Marriage 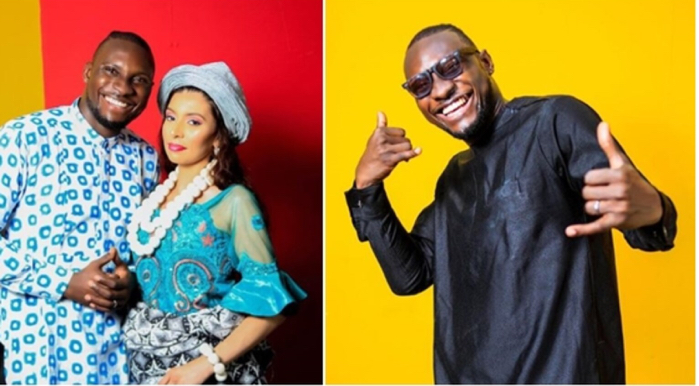 BBNaija 2018 housemate, Angel Ifiemi Awotarigha shared a photo of his wife on social media to celebrate her birthday and also their wedding anniversary. He also thanked her for her support since they agreed to a legal union.

The pretty model clocked a year older on April 30, 2020, and her husband made sure to let the world know via his social media page.

The reality show star also revealed that it is their one year anniversary because it has been exactly 365 days since they said their marriage vows.

What can You say about this Hilarious photo

Angel shared a lovely photo of his woman and he accompanied it with a caption that reads:

“It’s been exactly a year since we said I do, Happy birthday my love @felicia_madxo and thank you for giving me such an amazing year. Happy Anniversary to us.”.

It's been exactly a year since we said I do, Happy birthday my love @felicia_madxo and thank you for giving me such an amazing year. Happy Anniversary to us. #angelthebrand #stbottlez #feliciathebrand #marriage #anniversary

UNILAG set to resume Academic Activities on May 2nd